Today the cheetah cubs “the orphans” are been captured. They had lost their mum in August. Greg, Carmen, Ashley and Marge fed them until May. But before you capture an animal you should find it. So Marge and Wade (one of the students who work for conservation) drove out with us volunteers and a telemetric. Wade, the one year student in Welgevonden, had a signal in the Eastern part of the park. So we stopped beside a hill. I asked them why they didn`t walk up that hill to see if the signal got stronger. They walked up the hill and suddenly the collared cheetah ran down the hill. Incredible. Sam (conservation manager) and Greg were informed and so the vet and the vet nurses came too. Wade had shot an impala.  Greg  fixed it with a rope at the back of the Cruiser. The vet came with him. He was able to dart the three cheetahs as they had followed the car. Later the vet nurses helped to medicate the cheetahs after the vet had taken out the darts. Later they got the medicament to wake them up again. They were carried into cages and brought into the boma. 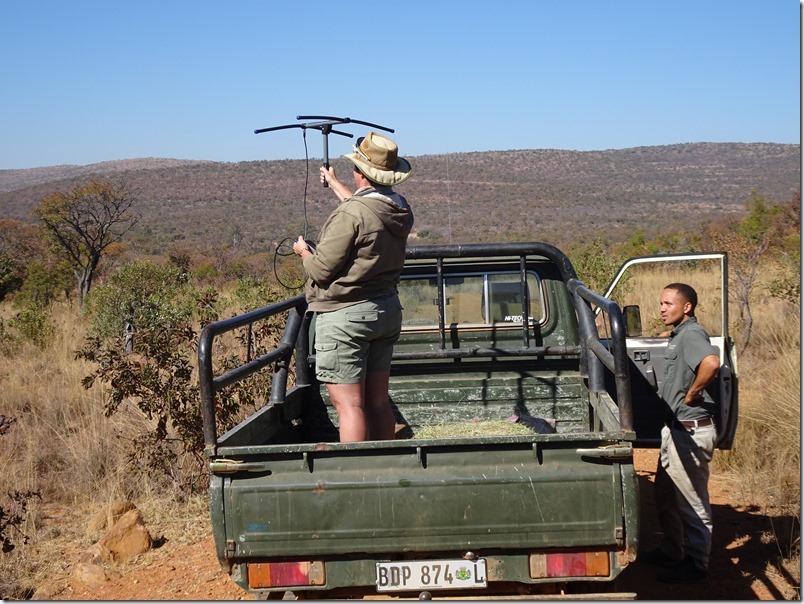 Marge and Wade are listening to the signal of the telemetric. 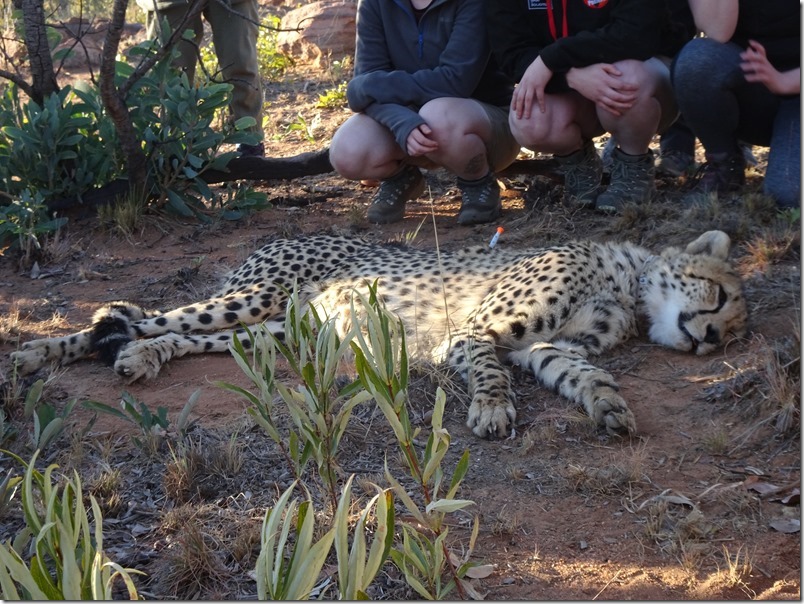 The cheetah has been darted. 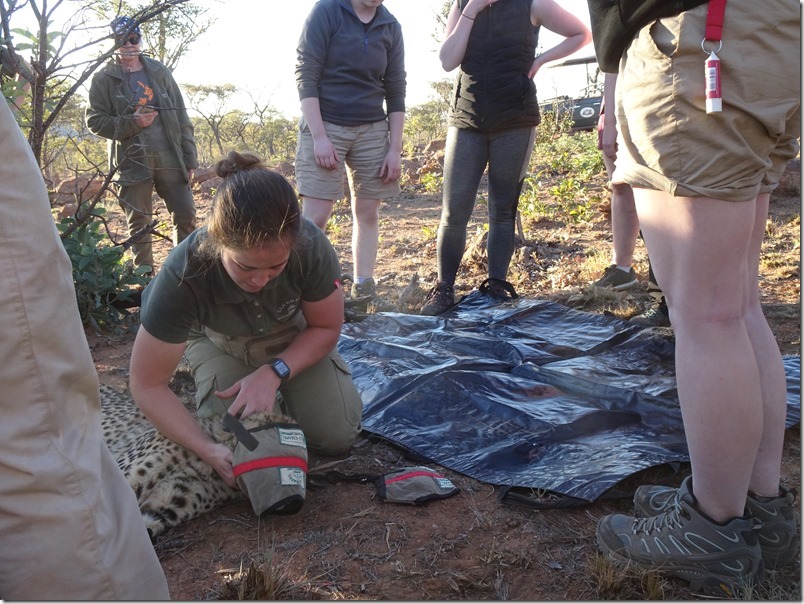 To let it stay calm the eyes and the mouth are covered with a piece of cloth. 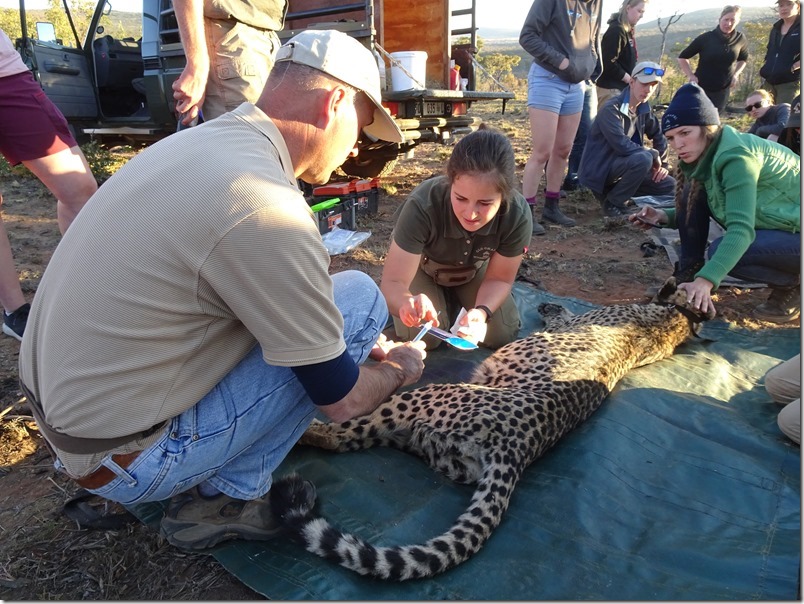 Peter and his vet nurse put some medication on the darted part. 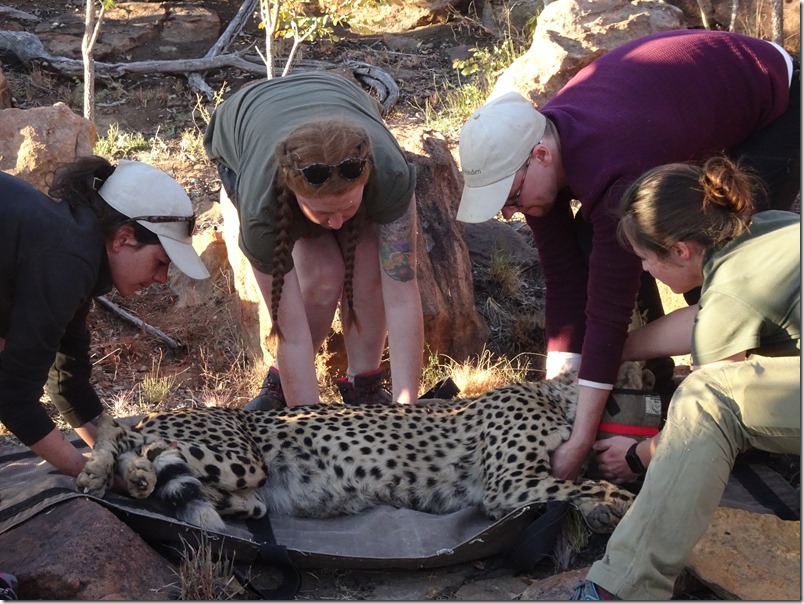 The vet nurses carry the cheetah to the van. 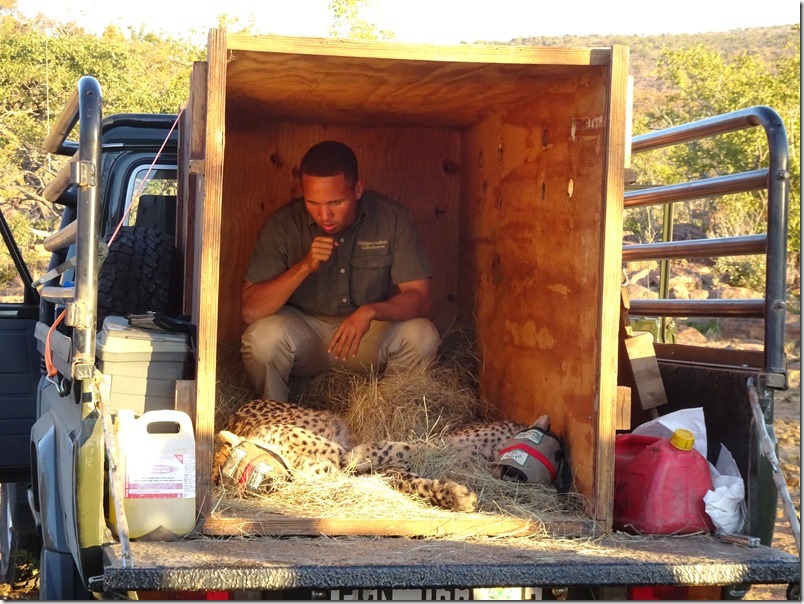 Wade looks down at the two cheetahs.