On the second day we made a walking safari in the morning. It was very cool. We have learned a lot about the midden and rhino toilet. In the end there was a group of rhinos only some metres from us. That was thrilling. In the afternoonwe drove in the Hluhluwe section of the park. The landscape is more is more diversified and therefore more beautiful in winter. There are several dams. The river Hluhluwe is quite full in some parts. I drove that afternoon. It was easy to drive on the left side, I had trained in Scotland and Ireland. We drove close to the river and near an outlook suddenly we saw two elephants one on one side and one on the other side of the road.. We also saw a baby. the one on the left side was charging my car so that I went backwards. But then a safari guide came in this vehicle and I squeezed behind him. The elephant charged his car. When the car drove away the elephants had gone down to the river and  we had a beautiful sighting of bathing elepants. My heart was still beating fast then. It was quite a cool adventure! 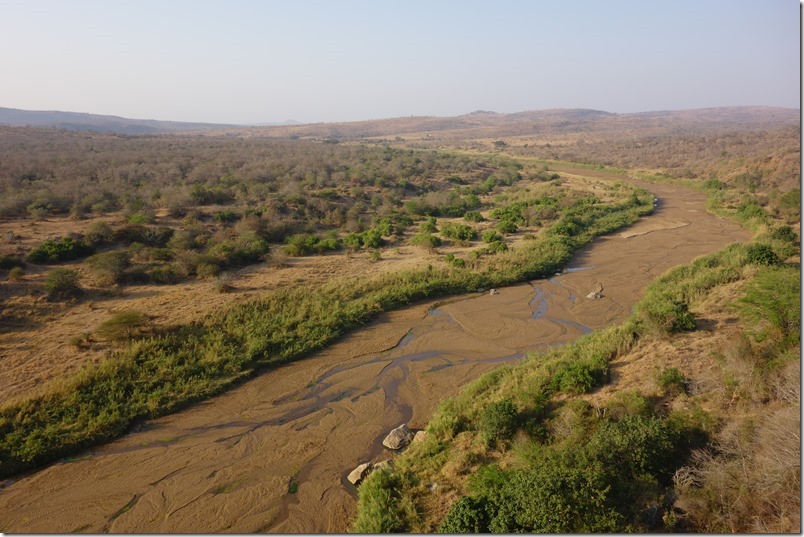 We had a good view over the Imfolozi river. 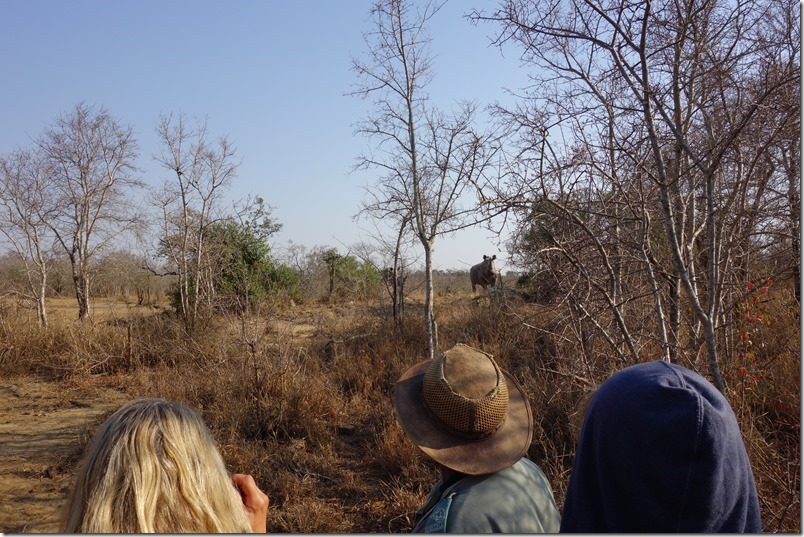 The rhinos are looking at us. 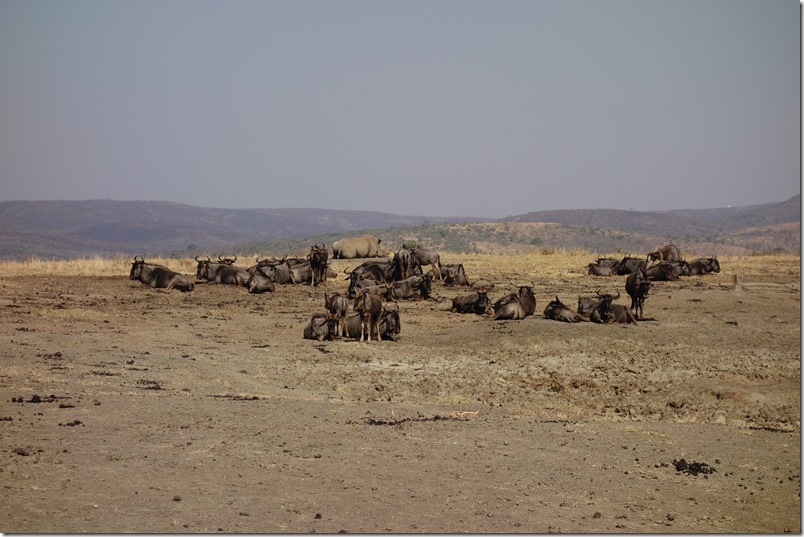 A lot of wildebeest. 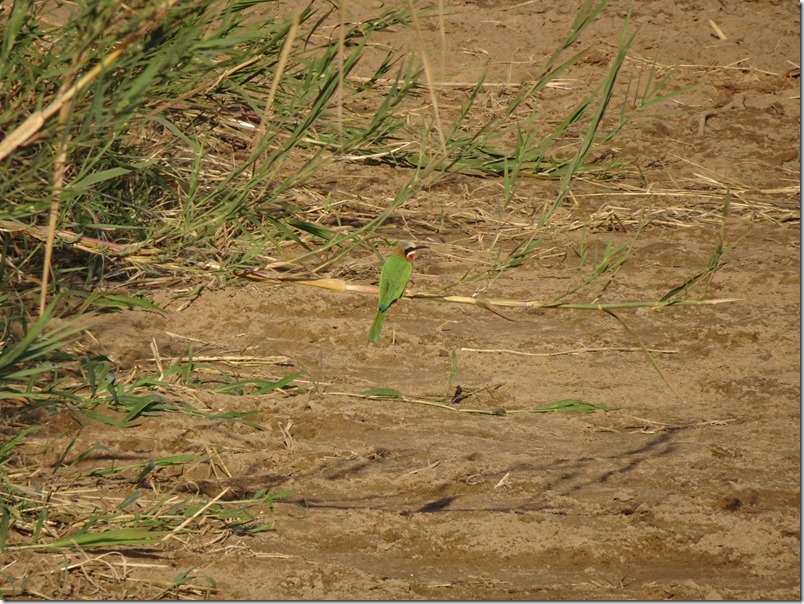 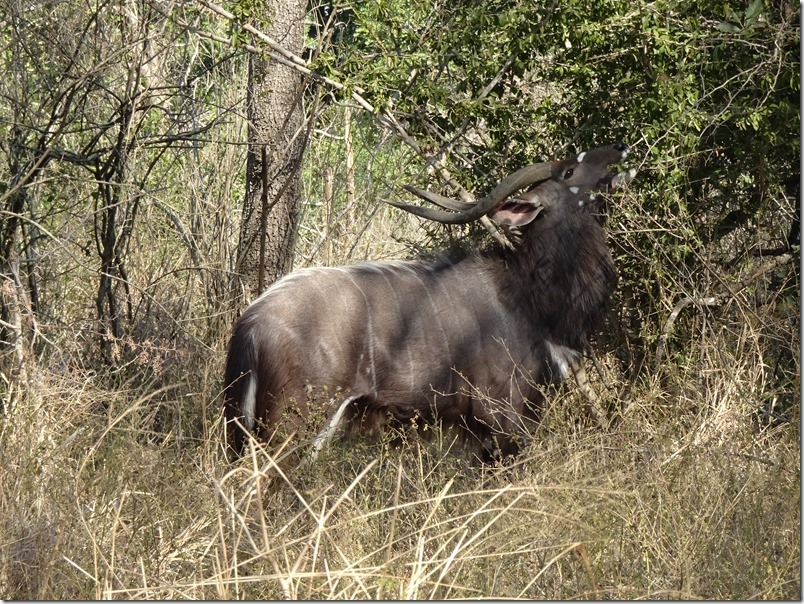 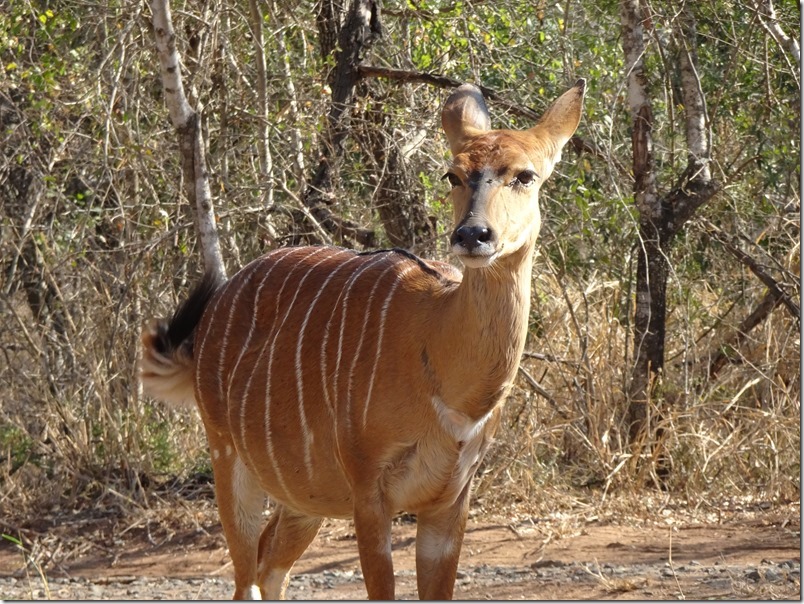 A nyala girl. Nyalas  look as if they had icing on their fur. 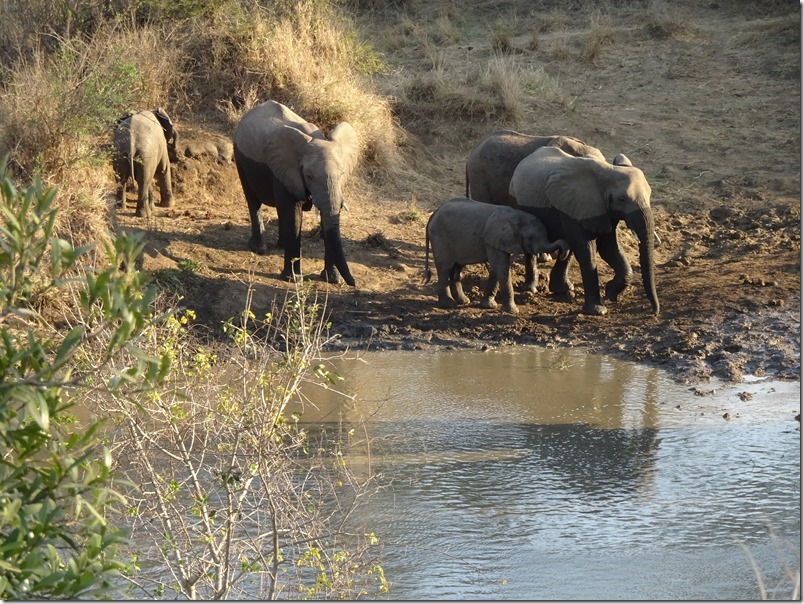 Elephants having a drink and bath at the river. With a baby! 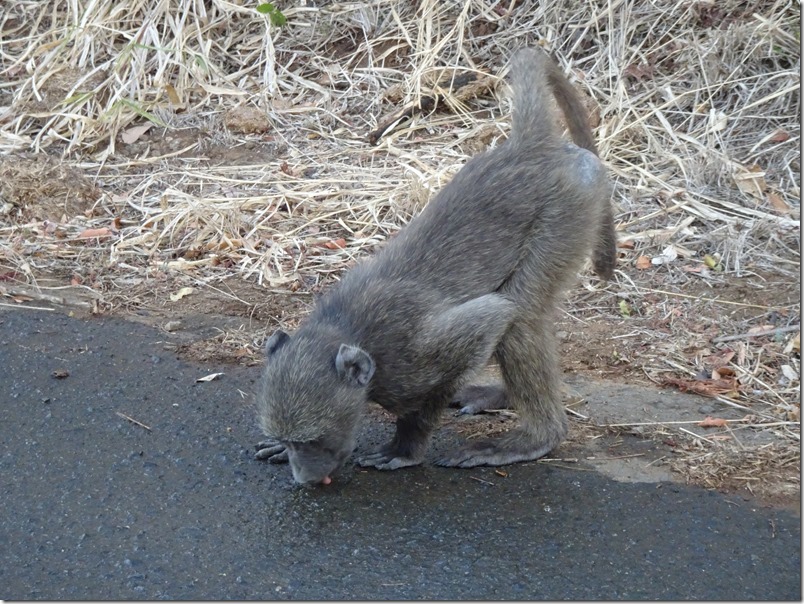 Baboons whre drinking the water from the street as a big van had lost water. We had to hurry because the gate of our camp was closing but there were also … 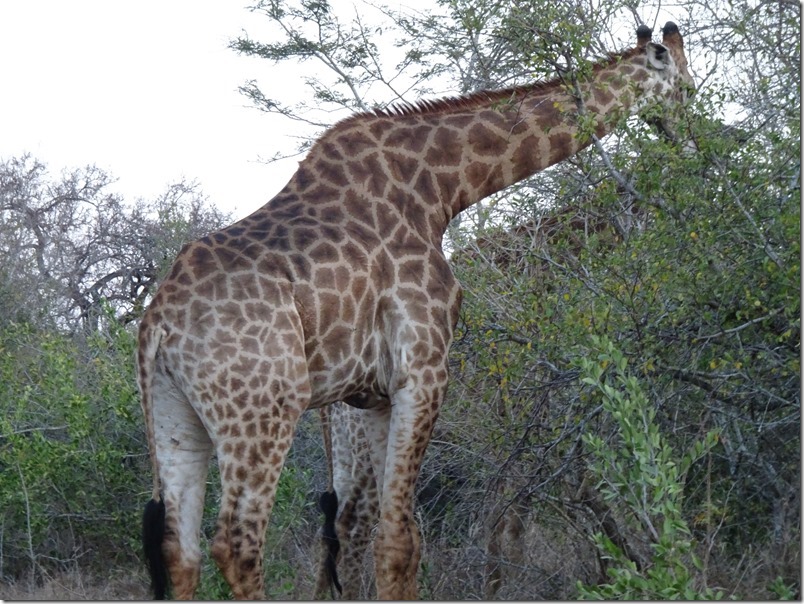 … giraffes close to our car eating! 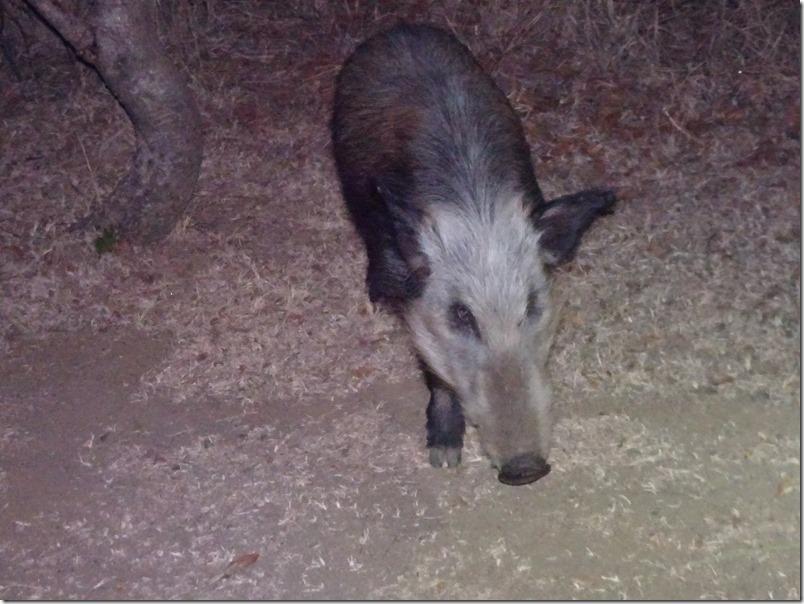 While we had dinner a family of bush pigs came by. 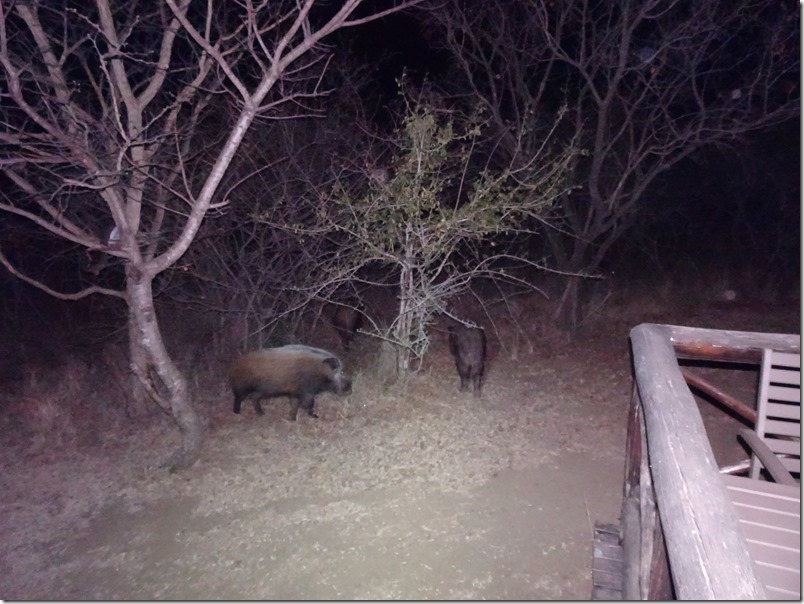 It was funny to see them. They are quite big.