On the third day in the park we drove through the Imfolozi section again. We went to two different hides. We saw many birds and many Nyalas at the first hide. At the second hide which had a water or mud hole there were many warthogs. Later we saw rhinos and an elephant. ` 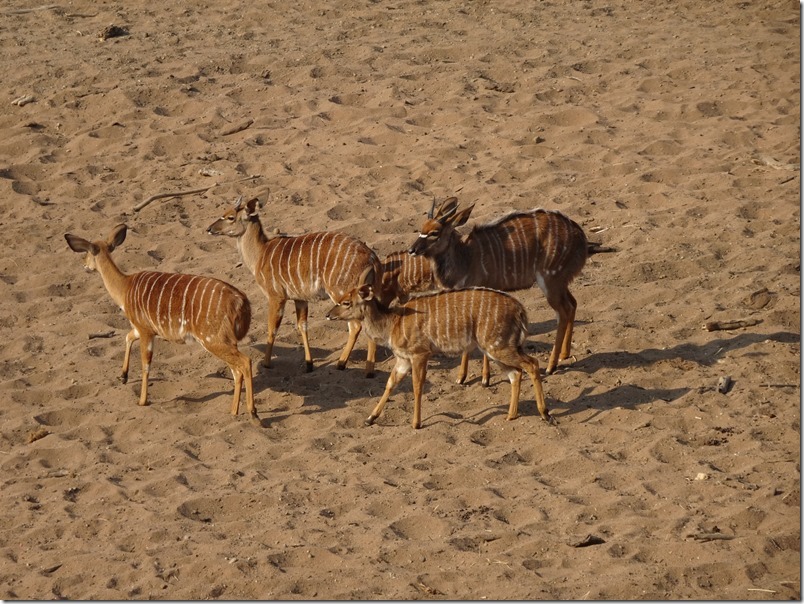 These Nyalas are so nice. There is even a “teenager” boy. 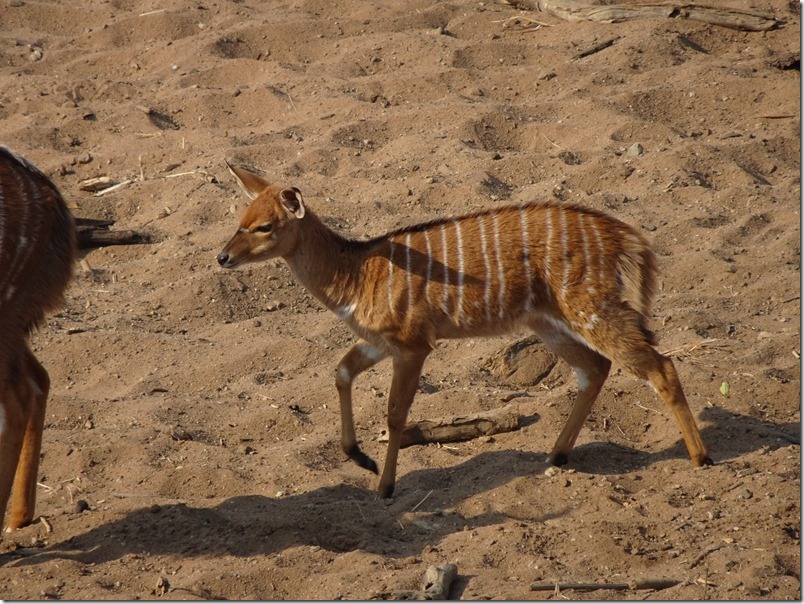 They came down the hill to drink at the … 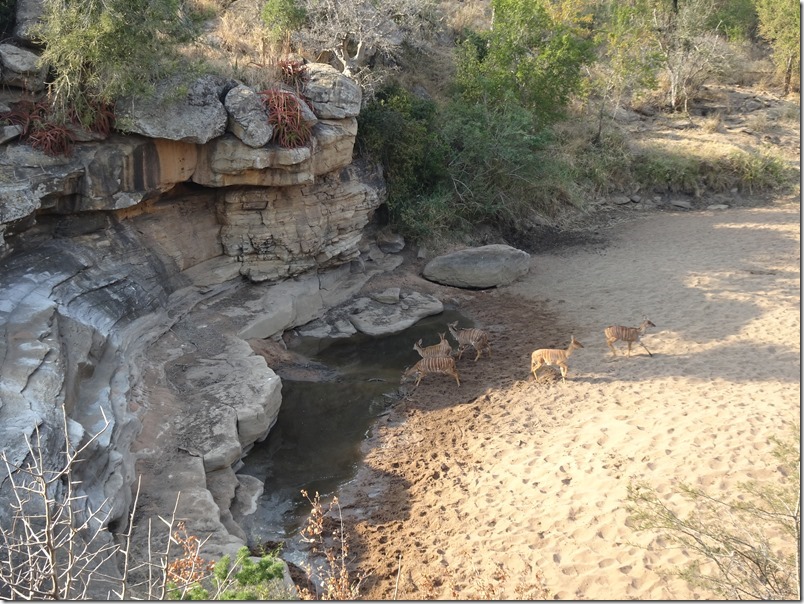 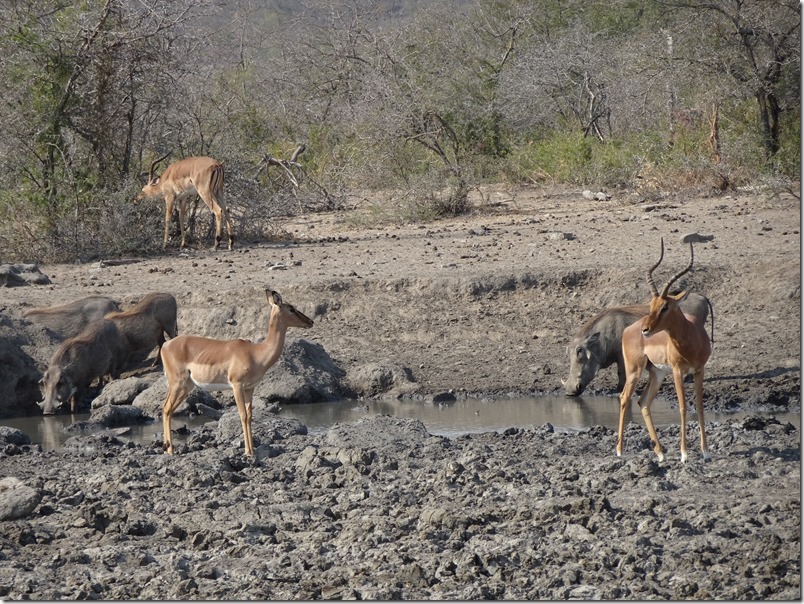 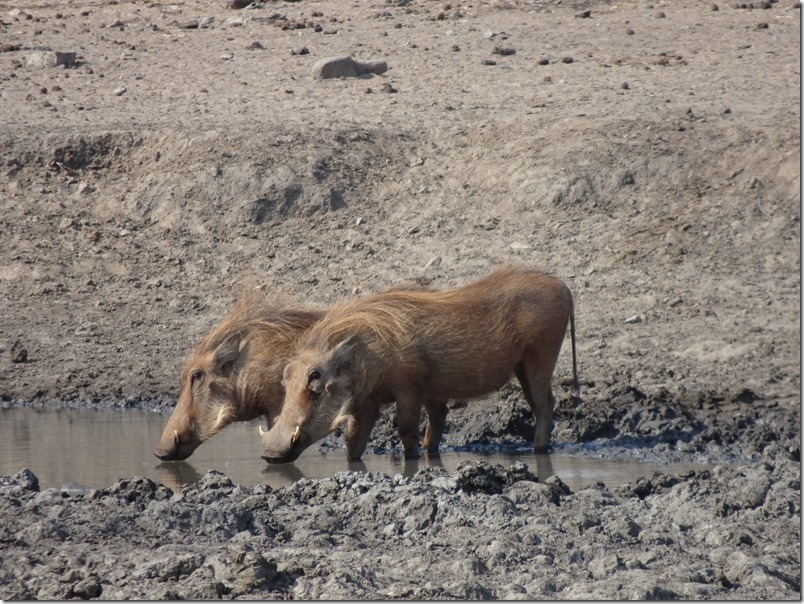 These warthogs look so different. Maybe they had been wallowing in a different kind of mud hole before. 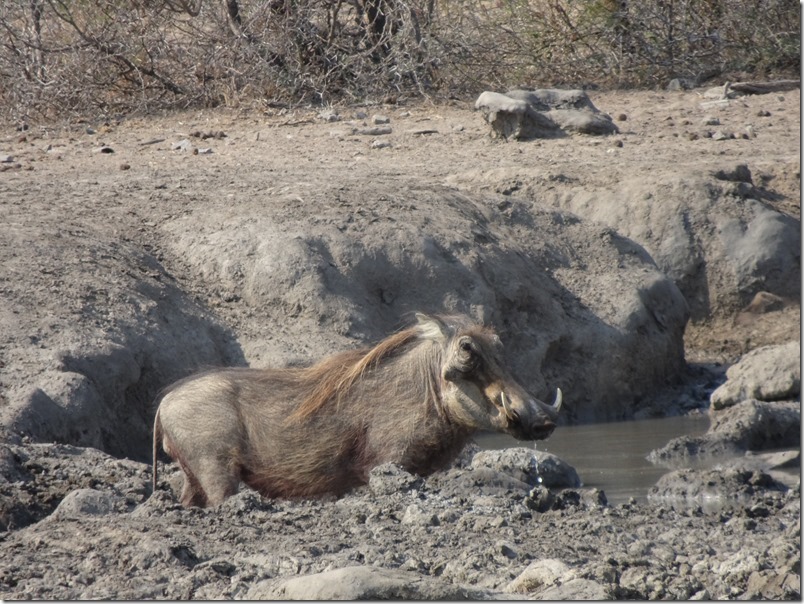 This is a big warthog boy. 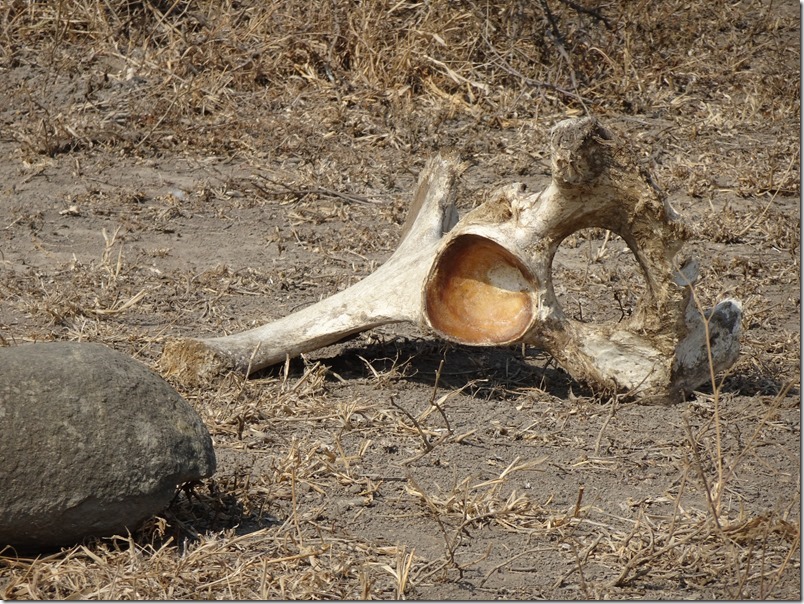 We have found some big bones. 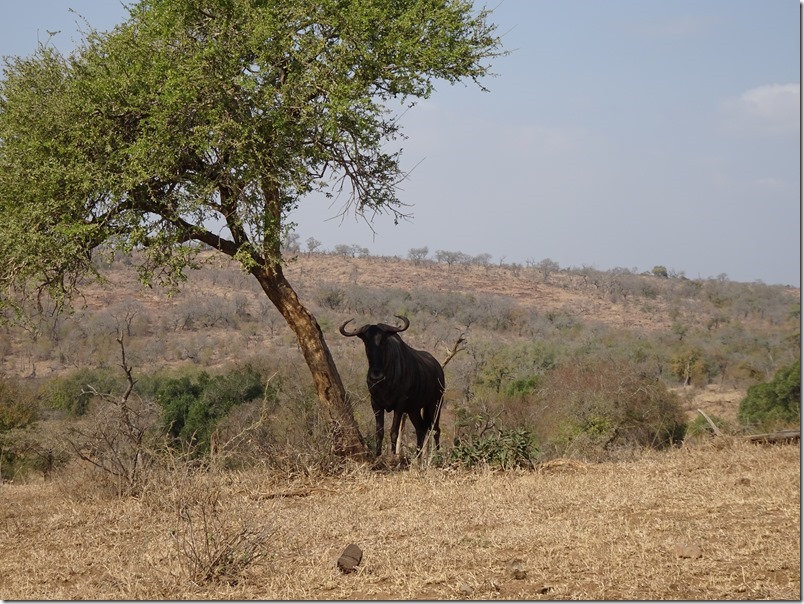 There was a buffalo. 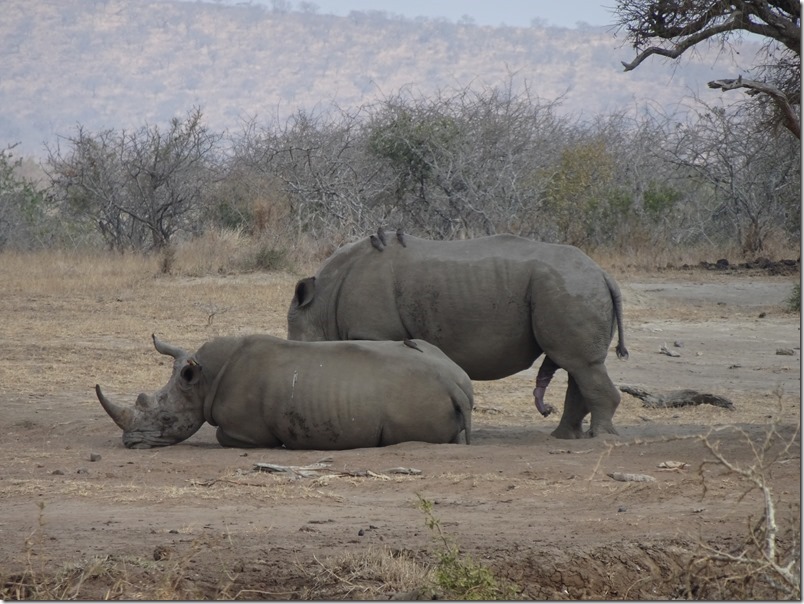 Some rhinos – one of them is definetely a male rhino! 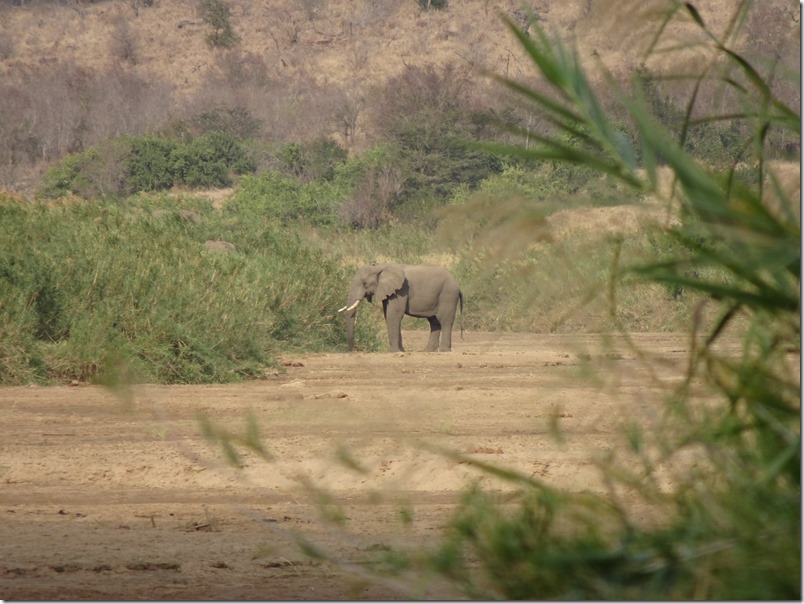 The third of the big five 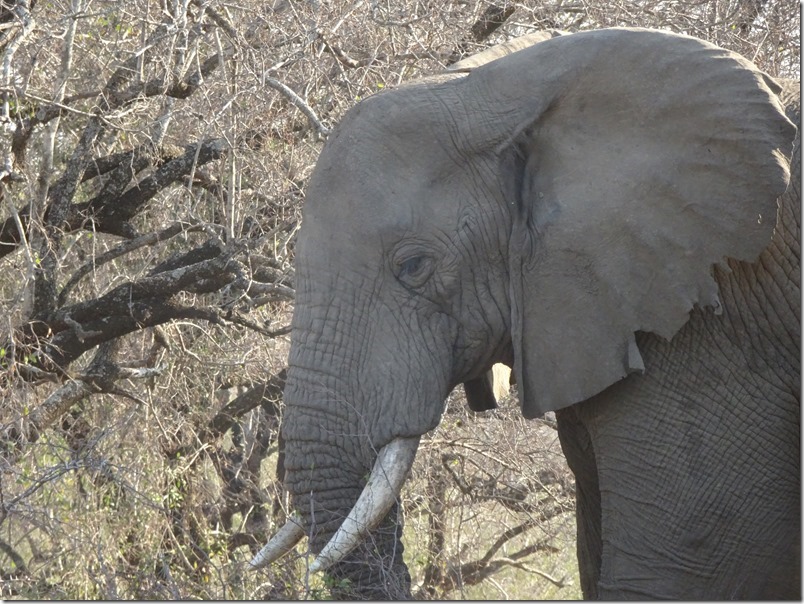